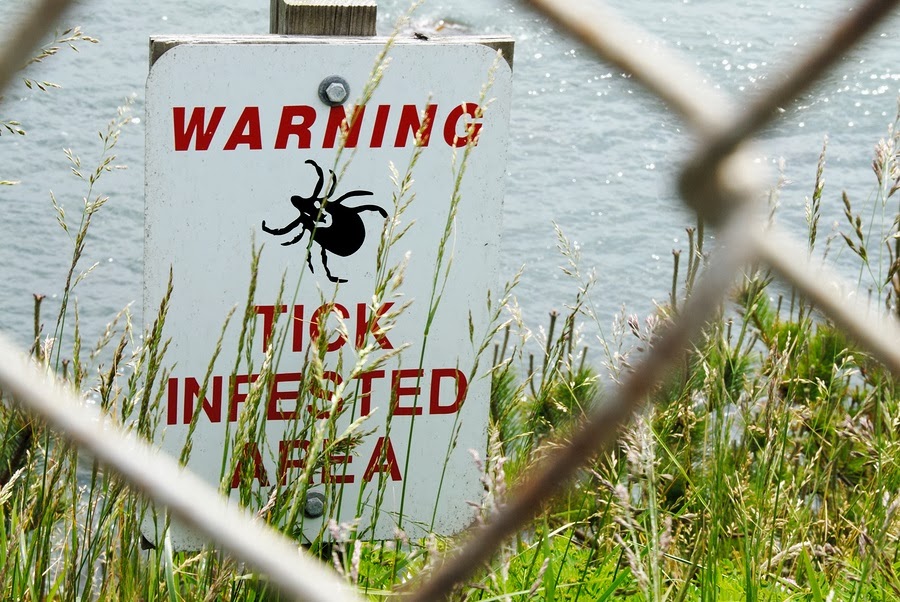 This number is going to shock you. Lyme disease may cost taxpayers, insurance companies and patients $90 Billion per year in the United States. Is this a real number? Well, yes and no. This week I located the 1998 Lyme disease Cost-of-Illness study funded by SmithKline Beecham (SKB). The study was conducted to justify the introduction of the ill-fated Lyme vaccine. At that point, the authors calculated that Lyme disease costs society and third party payers $2.5 Billion per five-year period, or $500 Million a year.

I deconstructed the study's analysis and updated the assumptions for 2014 to come up with a present value of $90 Billion per year in Lyme disease costs. It includes direct costs, indirect costs, and the amount patients pay out-of-pocket.  Let me take you through it.

First it's important to know what's included in the SKB study's $500 Million per year number. The authors did a comprehensive job calculating the direct and indirect costs of Lyme disease. For direct costs, they analyzed two insurance databases for Lyme-related costs of outpatient visits, hospitalizations, ER visits, home health care, and prescriptions. The authors also calculated indirect costs of long-term sequelae of Lyme disease, taking into account flu symptoms, cardiac, musculoskeletal, neurological, and dermatological symptoms. They even broke those costs down into work-loss days, bed days, restricted activity days, and costs associated with taking care of children sick with Lyme. I applaud them for doing a bang-up job on these indirect costs.

Their assumptions also included a 95% probability of successful treatment in Stage I Lyme - that period where someone was recently bitten by a tick and might have a bull's eye rash. When I update their analysis, I'm going to use (conservatively) an 80% probability of successful treatment to reflect two datapoints: the CDC's estimate of 10 - 20% treatment failure and the most recent data from John Aucott's SLICE study at Johns Hopkins, suggesting more than a third of patients fail treatment.

Let's start with 1998 when the SKB study found that Lyme cost $500 Million per year in both direct and indirect costs. Keep in mind that I have no delusions that I'm actually re-doing the authors' study. Imagine we're sitting together in a coffee shop doing informed calculations on a napkin to approximate what Lyme might cost today if the SKB study were updated. Here we go:

Next, I corrected for the larger population. We have almost 16% more people now than in 1998, so that takes the annual cost up to $12.2 Billion per year.

Next, I needed to correct for inflation. So I used this handy inflation calculator from the BLS and, wow, things are a lot more expensive today. $18.3 Billion per year.

Finally, thanks to Dr. John Aucott's gold-standard research into post-Lyme syndrome, we know that more than a third of patients with have Post-treatment Lyme Disease Syndrome. As I mentioned earlier, the CDC thinks post-treatment symptoms are less common, around 10 to 20%. Either way, the treatment failure rate is not actually 5% as the SKB study authors estimated, it's 10 to 39%. I'm going to say the failure rate averages 20%. Since that rate is 4x the rate used in the SKB study, and the CDC stated in another published study that incidence and sequelae are the two biggest drivers of the cost of Lyme, I'm going to quadruple my last number to get $73 Billion.

Phew! Sounds like we're done, right? In most illnesses, we would be done. But Lyme is special. People with chronic Lyme are probably yelling at their computer right now. What about all our out-of-pocket costs since insurance will only pay for a month of antibiotics? Well, I'm happy to say that courtesy of the studies the CDC used to re-estimate the number of people with Lyme, I can calculate that too. Recall from my previous article discussing the results of the CDC's HealthStyles survey, we found that 1.5 million people could be suffering from chronic Lyme. Let's use that number.

Let's say these 1.5 million people who suffer from chronic Lyme pay an average of $12,000 out-of-pocket per year in medical costs. Note that I'm being super-conservative here since I know IV antibiotics can cost thousands a month. My estimate of out-of-pocket costs adds an additional $18 Billion.

And we're there. $73 Billion plus $18 Billion equals $91 Billion. Sorry about the billion-dollar rounding error in the title. What's a billion dollars, anyway? A lot of suffering, a lot of disability, a lot of lost work, a lot of bankruptcies, a lot of foreclosures. Oh, wait, I didn't calculate bankruptcies and foreclosures... however, I'll spare you any other calculations and stop there.

My friend Ashley made some Lyme T-shirts that said "Little Tick, Big Problem." Big indeed. $90 Billion big. I wish the ticks could pay our bills.

Other people might interpret this data differently. If you take your own swag, please publish the link to your analysis in a comment below.

Alix Mayer, MBA worked in corporate research for Fortune 100 companies until becoming disabled by late Lyme disease. She is happy to report she is substantially recovered. She is featured along with Mariel Hemingway and Gabby Reese in an upcoming documentary, Blood Berries or Butter about health mavericks who didn't settle for the top-down approach to healing. Her story is featured in Gifted and Sick, by A.M. Runyan, now available on Kindle. She is co-authoring an academic book on Lyme disease and works as a health coach and consultant to non-profits. Contact Alix: spirochicks@gmail.com

Email ThisBlogThis!Share to TwitterShare to FacebookShare to Pinterest
Labels: Alix

I prefer not to use the barebones CDC numbers, even the new ones (which are not really "new"). I like to cite Boltri who found Georgia doctors reporting 1 case for each 40 they diagnosed. (X40)
Then I like to multiply again for the cases doctors don't diagnose or report because half the tests are negative. (X2)
Then multiply again for the patients they don't even test because they don't "think" it looks like Lyme, or "we don't have Lyme here." According to a survey I did in an endemic area, only 4% of doctors even think of Lyme in the differential diagnosis. (X25).
$90B could be a much bigger number.

Phyllis, that is another great way to get to the bigger (even bigger) number. What do you get when you apply your assumptions? Don't leave us hanging...

I think the 1.5 million number for people with Lyme is grossly underestimated. Dr. Holly Ahearn a microbiologist at the State University of New York calculated using the statistics from doctors offices, hospitals and an estimate of the percentage misdiagnoised and came up with 350,000 Lyme patients in New York State alone. If you contact her at SUNY she can verify and defend her number with medical statistics.

Thanks for the lead on the number of Lyme patients in NY. I wouldn't be surprised if that were the case. Do you know if the data she used are publicly available, published, and/or peer-reviewed? If so, I could use the number in a book I'm co-authoring.

first, my smartphone with this is not allowing for capitalization. so i would all cap this thanks.... thank you, gofigure, i have been inquiring with those i know / have access to as my sense of the 300,000 / yr for us was not meshing when one looks at the numbers for the progressive neuro or neuro endocrine disorders that are being found to have a high rate of lyme as contributor / cause / cofactor. the number you cite for ny is in line with my guestimate generally.