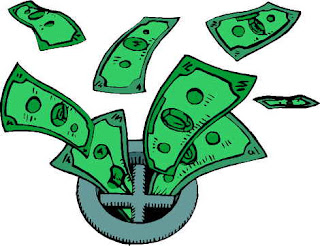 Twenty years ago this month, a tick bit my ankle. Five years later while in charge of a worldwide group at a Fortune 100 company, I became disabled with mysterious symptoms -- cognitive dysfunction, nausea, headaches, joint pain, and excessive sleepiness. Eighteen years after the bite and thirteen years after becoming disabled, I was finally diagnosed with late disseminated Lyme Disease.

Since my diagnosis, I've spent about $2,000 per month on treatment. Since 1996, I've spent upwards of a quarter million dollars trying to regain my health. Yet, I'm still unable to work full time due to central nervous system involvement.

The toll this disease has taken on my life is unfathomable. If I'd only known what to do when I saw my raised pink rash, I imagine I'd still be on my career trajectory, which I thought would include running a major high tech company in Silicon Valley. I mourn the loss of my career to this day.

A few times a year, a friend will call to report a tick embedded in his or her skin. I tell them to get to a Lyme literate doctor. Most go into denial. They recite the myths to me: "It was only attached for an hour," "It was brown," or "There is no Lyme in this state." Or, they make things worse: "I killed it then I took it off." In Lyme, denial is not your friend.

Though I still don't consider myself a Lyme expert, I wish I'd known what to do for a tick bite:

I also wish I'd known that:
Just remember this is all preventable with prompt and thorough Lyme treatment. If I'd known what my rash was and what to do about it, my case of Lyme would have cost less than $100 to treat and the course of my life would not have been ruined by this illness. I'd have been an asset to our economy instead of a drain.
Posted by Alix at 10:13:00 PM 18 comments: