How do you think about your health? 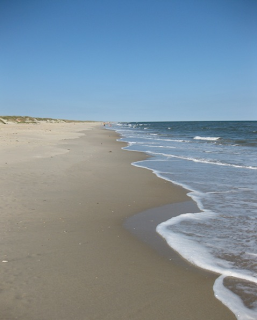 I do not “have” lyme disease. I have suffered from the effects of lyme disease for years and am currently working to recover from severe lyme infection, but this disease has never been part of my personality.

It’s taken me a while to arrive at this idea. It may seem like mere semantics, but I’ve found that the times I felt the sickest, the weakest, the most trapped-on-my-couch-because-I-had-no-energy-to-move not only corresponded to times when the bacteria and its co-infection friends were on a rampage, but also to times when I believed—without consciously being aware of my belief—in the power of the bacteria. In fact, the rampage may have been aided by an unconscious, further suppression of my immune system, due to depression.

I read about the intelligence of the lyme bacteria, and its prevalence in ticks and other blood-sucking insects—encouraged by warming patterns of climate change, and the limited population of natural predators for carrier animals, such as field mice. All of this information, while helpful in the long run, built the profile of a threatening, menacing, crafty bacteria, which was attacking me and would be very, very difficult—if not impossible—to get rid of. The difficulties of infection are valid, and my fellow lyme sufferers will probably agree that it sometimes feels like the Borrelia burgdorferi (Bb) bacteria is a formidable enemy. But, to give in to the power of the bacteria and disease, is to forget how powerful our own bodies and immune systems are.

On days when my hair is falling out, my stomach refuses to digest, my head feels like one big gray cloud, and I can’t function to do basic chores, my body may not seem very powerful. But, as intelligent as any bug may be, our immune systems are highly evolved and have the ability to fight. Sometimes, it takes only a few days or weeks—as with a cold. Other times, our systems need extensive help—whether from prescription drugs and herbs, or complimentary treatments like cleanses, ozone, intravenous vitamin C, diet, bodywork, psychotherapy, or support groups.

I’ve come to believe that many times we unknowingly get in the way of our own healing. For instance, I probably needed therapy after the passing of my mother, nutritional help to correct my diet, and the courage to leave a job that felt oppressive. Not attending to these needs for many years likely compromised my immune system, and who knows if I’d have gotten this sick if I had listened more to my body and lived less in my mind.

Healing is always a personal journey and everyone’s circumstances are different. But, I know that, for me, health has seemed much more possible and my body has felt much stronger since I took back the “image of power” from colonies of single-celled Bb and remembered that my body, too, is strong. I practice feeling my body, becoming aware of its complaints and movements everyday. It’s had some rough times but, underneath it all, it’s strong and preparing to kick the fight up a few notches. I believe in my health, and know that I am recovering from lyme disease.

What an awesome, uplifting post. I like that you take the position of "not having lyme", but "living with the symptoms. I too believe our immune systems continue to work and that we need to listen to our bodies. I too was in a job that was stifling--the stress I felt was huge. If I had been brave enough to step away, I might not be so sick today.

Oh, I love this way of thinking. I was just saying to my husband today that I am giving too much power to the bacteria acting like it is too big for my body, my immune system and my God to handle. So not true. I like the way you state it...recovering of Lyme...not having Lyme. I call it an unwelcome guest. Great insights for the rest of us to glean from.

Wow, your blog was inpirational. I have just been healed from a Chronic Illness. For over 6 years I detox and changed my diet. I was really surprise how doctors will give one canacer fight meds but won't tell you much about changing your diet.

Yo Ozone Amanda (Oz/Am) and all.

Personally we all leave this ride the same way. Our body stops functioning and we no longer exist in this

space/time dimension, i.e. we die. Everything else about the why, is just details.

Dew soaked grass of life. So many miss the real reason for being here.

Oz/Am I too consider this reality a ride and what diseases, afflictions, burdens, blessings and relationships We have along the way are symptoms of Our being in a non-deceased state of being. How I choose to react to those occurrences is what makes me who I am. A Negative me creates a negative reality, just as a positive me creates a positive reality. Quantum mechanics actually shows that the matter around us acts based on whether we are paying attention to it or not. Light acts like a particle when being watched and like a wave when not, strange huh.

infected with themadchemist (tmc) immune cells. They are trapped in my world of horrors now.
I always have liked a good challenge. When asked Why I chose chemistry for a graduate degree, I always replied,

"because if it was easy everyone would do it".

I restarted college at age 30, after an not so successful attempt at earning a living with just a HS diploma. My

first year as a student a dear friend I tutored with past me this one day as he watched me struggling. I've passed it to every student that I've taught along my ride.


To put it in Robert Frosts words -
Two roads diverged in a wood, and I
I took the one less traveled by,
And that has made all the difference.

me,
I believe in carrying a machete, when I hit the "Two roads diverged",
I like chopping a 3rd.
Lyme took the wrong turn at albuquerque when it entered me.

Thanks Oz/Am for the reminder - we choose how we accept this occurence in our ride
and HOW we perceive it can have HUGE impacts on how our body responds.

This is so true, Amanda. You write wise words that are helpful to keep in mind daily. I've begun telling people I'm recovering from a tick bite rather than saying "I have Lyme." Maybe that's a step in the right direction.

Excellent post!! And I agree. We don't often hear this in the Lyme community but I believe it needs to be heard. I'm gonna pass it on. You nailed it, girl!

I wanted to say how much I enjoyed perusing your site. It has great information on staying fit and healthy while also maintaining a fun vibe and voice. I am having a lot of fun reading so thank you for posting!

Women’s Health Base is an on-line health resource and has a lot of great medically reviewed original information and articles from both doctors and medical researchers. We also have lifestyle content that covers everything from beauty to relationships. I see similarities between our site and your blog and would love the opportunity to do a guest blog for you.

Please check out our site and let me know if there would be any opportunity to write something for your blog.

Have a great day and happy blogging!

Amen, Sista. I recently saw a healer that told me to quit identifying with my "Lyme society." And although I treasure my Lyme friends to the core, I can see what he means.

To my surprise, I almost sensed a smile behind the tone of his voice. Viagra Maybe that's a step in the right direction.

Just wondering how you're doing at this point with the Lyme? Have you still been doing ozone? If not, how come?

Just wondering how you're doing at this point with the Lyme? Have you still been doing ozone? If not, how come?