The Power of Caring 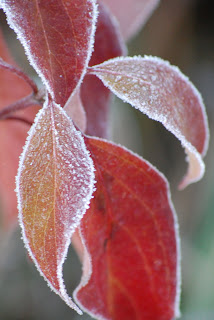 I shared this today at Lyme is Real. Recently, I have found comfort in cranial-sacral massage and acupuncture. As I lie on the table, soft music playing in the background, the experience for me is quite spiritual. I have been sick for so long, I feel as though my body has come to know that as its natural rhythm. During each session, I feel my body is gently wakened to a balanced state. I am reminded of how it should be. I am at peace, my breathing easier and I often sleep deeply after a session. In the few days that follow, I feel a boost in energy. I imagine medications working more effectively. It is not permanent. I schedule two sessions a month.

For those of you who have not experienced acupuncture, the needles are tiny and many pokes are nearly painless. A few are bothersome, but the sensation disappears within minutes as endorphins, the body's natural pain killers, flood the area. Once the needles are in place, I rest. The needles are removed and my session concludes with a cranial-sacral massage; the gentlest massage of the cranial region at the base of the skull and the sacral area of the spine.

Our youngest has experienced three sessions of cranial-sacral massage without acupuncture. Each time, she has fallen into a deep sleep during the session, breathing as easily as I've ever seen her. She feels disoriented when waking, though the time has decreased with each session and it no longer frightens her. Her last session, she ran ahead of me to her appointment, in the door before I. It helps that we place ourselves in the hands of one of the most caring and gentle women I've met when we walk through the door. The visits have been a blessing, but became even more precious when our daughter noticed I was struggling with a headache a few days ago. 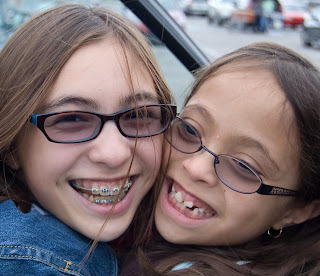 She gently took my head in her hands. My heart melted. Last night her older sister was hurting. Her solution? Another caring massage, remembering each soothing detail as she administered comfort. Her sister went off to bed with a smile on her face. We all did.

This Thanksgiving, our family is grateful for the gift of caring shared by so many who have touched our lives. When it comes to Lyme disease, it often takes courage to care, and to those who have the courage to make a difference in the lives of others, we are especially grateful! Wishing you and your family a blessed holiday!
Posted by Kim at 9:07:00 AM 4 comments: Links to this post

So grateful for my Lyme friends 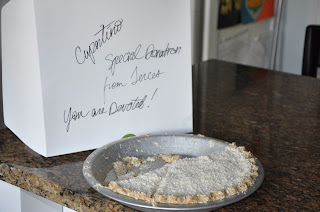 Last Friday night, I had the most amazing pre-Thanksgiving group-dinner (I can't stand the word potluck) with a few SpiroChicks and friends, to whom I am incredibly grateful just because of who they are: people like me--struggling with Lyme--that you don't have to explain anything to (especially your diet) and genuinly want to hear about the latest health gizmo.

We had a special guest, a practitioner in the Lyme community, join us. Over dinner, I was saying something about how when we're better, we'll be "Wholechicks" (Alix deserves the credit for coining that one). Our guest told us that we already were so powerful. We didn't have to wait until we were well to be "WholeChicks."

A flood of emotion came over me and I cried. I wish I could remember the exact words that touched me so deeply, so that I could repeat them to others struggling with chronic illness. Because in that moment, I felt truly "seen." Not as the parent who doesn’t volunteer much; the mom that is too tired to play baseball/soccer/football; the wife with the constant headache; the daughter who doesn't go to church; the sister who “has so many problems”; the flakey friend, the inconsistent blogger, the crazy patient, etc.

This person recognized the heroism just in keeping going in spite of it all (for me that's just getting the kids clothed, fed, and bathed). And saw me and the other amazing women around the table as creative, powerful forces benefiting the Lyme community and even impacting the future of medicine.

THAT will keep me going for a while. Someone thinks I have something to contribute, in spite of my other shortcomings. And that's where my focus needs to be. On what I CAN do. Not what I can't. That's a new lesson in gratitude for me.

I should add that Alix surprised us with "earthing kits" from the Earthing Institute, (you can watch videos about her earthing research here), and Ashley brought an organic, gluten-free, dairy-free, vegan pie compliments of Cafe Gratitude. The night couldn't have been more perfect. And I'm so grateful. For all of it.
Posted by Kim at 1:28:00 PM No comments: Links to this post

Email ThisBlogThis!Share to TwitterShare to FacebookShare to Pinterest
Labels: kim

Last summer, SpiroChicks co-founder Kim Kooyers sent me a link to The Earthing Institute, an organization espousing the idea that we receive a basic and profound health benefit by being in contact with the ground. I thought it made sense. It's true that we've been insulated from the earth's energy since switching to rubber footwear in the 1960s.

If anyone had told me then that a couple months of earthing would diminish my 14-year-long headache, make me think clearer, increase my energy, and restore my sleep after 8 years of relentless insomnia, I would have been hugely skeptical. All these things have actually happened since I began earthing. Aside from going gluten-free in 1999, nothing else has boosted my health so dramatically and rapidly.

However, I'm a data pervert and compulsive researcher, so I know I'm just an anecdote and would never write a blog post based only on my personal experience. My readers know me better than that!

I learned about some of the research supporting earthing's health benefits when I and 999 other attendees at the David Wolfe Longevity Now Conference got earthed in a hotel basement via conductive wrist bands. That was the first day my 14-year headache - a symptom of long-term untreated Lyme Disease - felt a bit better. Probably a placebo effect, I thought. That night, I slept with the earthing band around my foot in the K1 acupuncture spot. I slept better than normal, especially for being in a hotel.

I've since learned that earthing may indeed be the "Most Important Health Discovery Ever" as suggested by the subtitle of Earthing, the ground-breaking book by Clint Ober and Stephen Sinatra MD. From reduced inflammation to pain reduction to better sleep to thyroid regulation to cortisol normalization to blood thinning, and more, earthing IS THAT POWERFUL. And, early studies back that up.

I was so excited with my personal experience and impressed enough with the early research on the health benefits that I made a two-part video to share everything I've learned about earthing so far.

Tonight I listened to the Natural News Talk Hour featuring Dr. Sinatra, and asked him why I and my other Lyme friends feel like we are herxing when we begin to earth. I personally had a different herx than I normally have at the beginning of a new herbal antibiotic protocol. Usually, my herx involves insomnia. Though I hadn't recently rotated my protocol, after a few days of earthing I wanted to sleep and sleep, which was an absolutely wonderful and welcome feeling.

In answer to my question about earthing causing a Lyme herx, Sinatra said he'd actually had Lyme and lived near Lyme, CT.  He thought that the frequencies from earthing might cause the entrenched cyst forms, such as those in the joints, to open and go into the bloodstream. (Possibly a Rife-like effect??) The blood thinning aspect of earthing allows treatments to reach deeper tissues. Finally, it's possible that increased blood oxygenation due to earthing has a detrimental effect on spirochetes. I would take all this as pure theory, until there is some research to show what mechanism is involved, but I like working hypotheses.

I hope you enjoy my two-part video series. It's already enjoying lots of action over at Natural News TV!

This text will be replaced by the player


This text will be replaced by the player

I have surrounded myself with loving and supportive people. My Lyme friends are my second family. Without there love and support my path back to health would be much harder and so lonely.
I am lucky to have a caring Lyme family here in California and online.

Last week I was in New York City for the Turn the Corner 5th annual Unmask a Cure Gala fundraiser. There was a group of about 20 of us there who knew each other from Facebook. Most of us had never met in person. Meeting everyone for the first time was like Facebook come to life!

Hanging out with this group of people I’d never met before was not awkward at all. It was more like a family reunion than anything else. We ate meals together, explored New York, and stayed up late together all packed into a tiny hotel room.

The Gala itself was fantastic. So many interesting people to meet, great food (some was even gluten free), an auction to raise funds for TTC’s mission, awards and… they played the public service announcements that Lymenaide made for Turn the Corner this past May. It was pretty cool to see that up on the big screen!

It was all over too fast. There were so many people I wanted to spend time with.

I left with stronger bonds and closer friendships. I know that many of the friends I am making now will be friends for life. It is comforting to be a part of a large and caring family. As isolating as Lyme can be, I know that I am never alone.

I hope that next year will be even bigger and better. Actually I hope that I don’t have to wait a whole year to see my friends again!

*****
If you haven’t opened yourself up to becoming a part of the online Lyme community I recommend you do. I can say without a doubt that you will meet wonderful people who will understand you and be there for you if you ever need a shoulder to cry on, or someone to make you laugh. Don’t go it alone, this disease is too hard.
Turn the Corner’s mission
Turn the Corner is dedicated to the support of research, education, awareness and innovative treatments for Lyme disease and other tick-borne diseases.
See more pictures of our time in New York together on the Lymenaide Facebook page- http://on.fb.me/dBoNxc
Posted by Ashley at 8:41:00 PM 5 comments: Links to this post