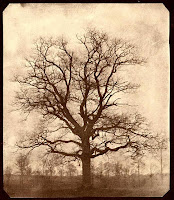 When I tell someone about my illness, I call it Lyme disease. However, borrelia burgdorferi is only one small part of that illness. My definition of Lyme disease, is something much bigger. Lyme, in itself, was the catalyst that opened the door and invited the rest of my disease to come out to play.
For me Lyme is the large branching tree of everything I have. Each separate infection/disease is only one branch; borrelia burgdorferi, bartonella, erhlichia, babesia, HHV6, CMV, EBV, parasites, amoebas, thyroid imbalance, hormonal imbalance, candida, heavy metals, food sensitivities, the list goes on. I don’t differentiate, I call it all Lyme. The reality is though, it is not all Lyme. Lyme is really only borrelia burgdorferi.

I often wonder how much confusion this causes. I have seen many people write online about how angry they are that their doctor has told them they are now suffering from X not Lyme. They are angry because they are still sick. Of course they are still sick. They most likely had more than just Lyme, borrelia burgdorferi, to start with.

When the laundry list of diseases is as long as most of ours are, getting rid of one infection, even if it is borrelia burgdorferi, is not going to make us well. It is only one step in this long process.

Even the IDSA says that one of the reasons that some of us remain symptomatic is, They had Lyme disease and another infection simultaneously and were only treated for Lyme disease. Each co-infection is, in fact, a different infection.

Putting aside all the monitory interests involved with the IDSA and Lyme disease, are they in part arguing semantics? Or, are we for that matter?

While I believe the IDSA guidelines to be flawed and most definitely not in the interest of the ill, I have to admit that Lyme would not be nearly as hard to treat if it was only borrelia burgdorferi.

I suppose I would even go so far as to say that if you saw the right doctor, and if you were diagnosed right away, and if you only had borrelia burgdorferi, then Lyme would be easy to diagnose and easy to treat with a short course of antibiotics. That is a few to many ifs for me. It may be the exception but it is most definitely not the rule.

I don’t believe that the literal Lyme disease, borrelia burgdorferi, is the same disease that the majority of us are talking about when we say Lyme. We have it yes, but it is only the trunk not the whole tree of our illness.

If you had noticed the small sapling growing, unwantedly, in your garden early on, you may have be able to simply pluck it out by hand. Now though, with the size of the tree and the span of it’s branches, you are very likely going to need a tree trimmer and a bulldozer to get to the root of the problem.

This was really well written and a great thing to get out there. Lyme is so complex. Thank you for sharing this.

By the way did you gals get my email saying it was ok to use my videos if you wanted? I can't remember who asked if it was ok

Bring on the bulldozer! This is a good explanation for what exhausts me about explaining "Lyme" to family and friends. And the reason why just one treatment doesn't work for everybody.

This is such a great metaphor for our illness. Lyme has its own survival instincts and like a tree will take up space and crowd out some other life forms that are incompatible, but also make a home for still other life forms to thrive. Too bad our tree is a diseased one!! :-p

This was an excellent description of what the ILADS doctors described at the IDSA review hearing as a formidable disease.